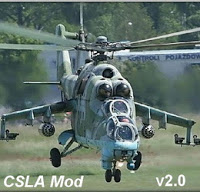 CSLA mod's objective is to approximate to post-nuclear central European warfare during the 1980s. Everything should be real - numbers of troops, equipment, military tactic, period battle plans, battle maps according to real satellite maps etc.

Armour settings, vehicles and weapons performance has been set according to Jane's Armour And Artillery 2005-2006 handbook and other technical materials. In v2.0 release weapons' range, armour, turret rotation speed and health points values have been changed in order to achieve a better gameplay and playability.

What´s new
- CSLA Mod v2.0 combines BKP roll-up version of CSLA, and both the Battle of the Bulge 1988: St.Vith and Vielsam maps with new skins, new units, bugs fixed and other improvements.
- It also includes three new maps created by Joseph Porta, and a new multiplayer map by Kevin.
- Many new units from the old CSLA 1.2, from the OPFOR Mod and from the unreleased JNA Mod.
- 268 military units as well as 92 civilian units.
- New menu background by Corpbob.
- An alternative UI from DTF's game Stalingrad.
- New multilanguage installer (English and Spanish) by Sgt. Pepper (BKPE).
- For more information, please, download this PDF - CSLA Mod Documentation 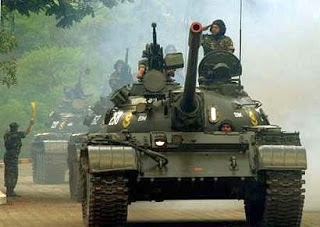 Installation
The CSLA Mod v2.0 is installed by default under Blitzkrieg 1 path. If you desire it, make necessary changes into the installer window.

WHAT IS NEW
*Now some thin and small wood fences can be overpassed by the infantry.
*T-55AM2's xml file has been revised.
*Now the original Tatra-813 truck has got destruction animations.
*The 14.5mm KPVT weapon sound has been changed.
*Spring terrain has been revised, because one of its tiles caused troubles when overpassing it with wheeled vehicles.
*M220 TOW and Konkurs rocket launchers "name" files have been revised (in the Spanish version).
*Rainy Day (Día Lluvioso) script has been revised so now the objective arrow dissapears when the mission is accomplished.
*CSLA's multiplayer map script has been revised (thanks to Soldier110).

This file contains an English translation for the CSLA 2.0.1's maps with has been made by OurLordMonty.